Disappointing ATP finals find their end with the withdrawal of Roger Federer. I expected more fights and more volatility in the market. At least the tournament showed that I am on the right track. Despite the low number of momentum changes, I didn't lose much. Without the mistake, which I made in one of the first matches (Djokovic vs. Cilic), I would end in the green zone. 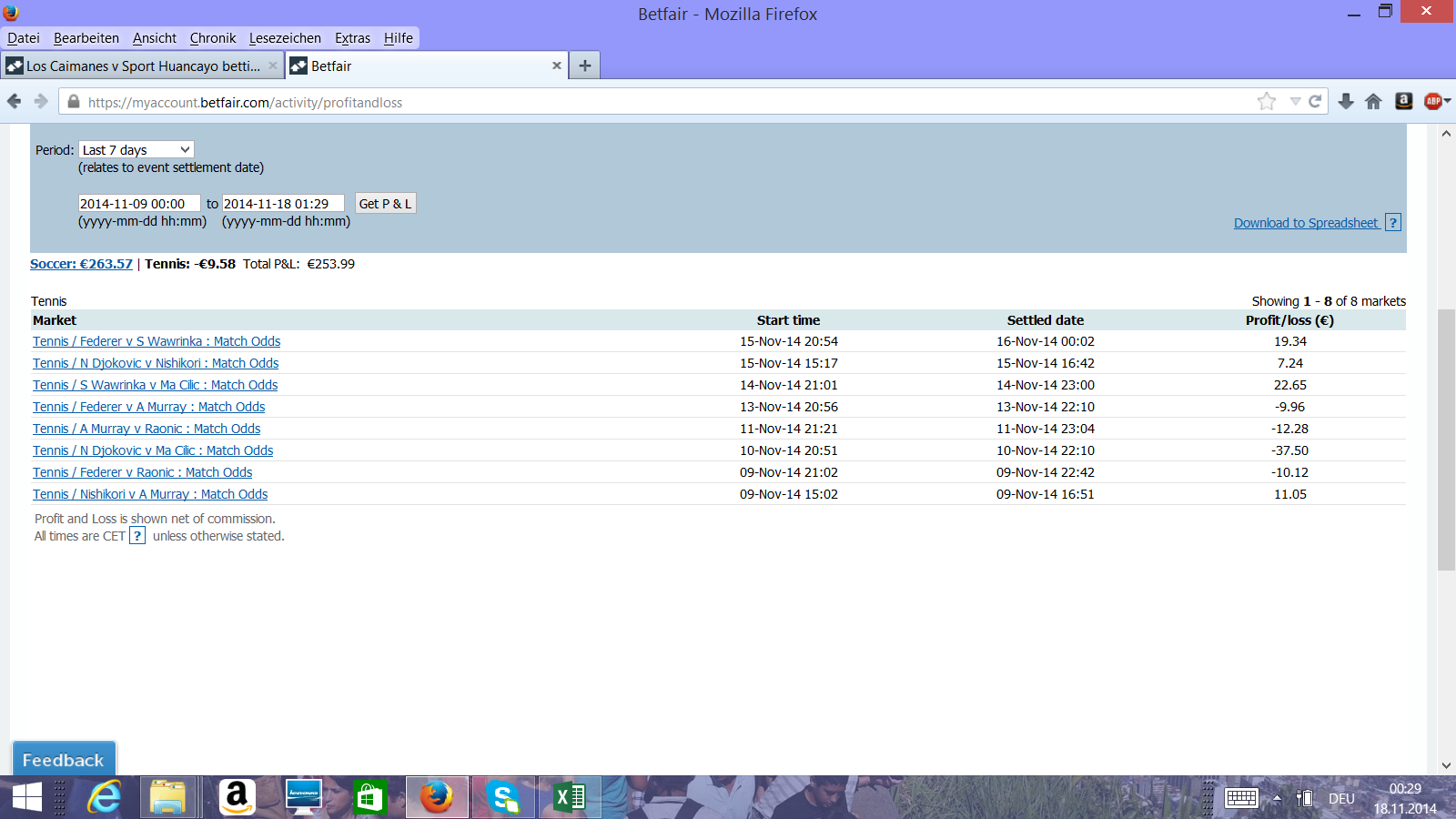 In general I recognized two problems: Overtrading and the lack of compounding. I added in the strategy guide a chapter about reinvestments. It's a good mix between trading save (no compounding) and aggressive. In my opinion is necessary to work with the greens. If you just leave the trade after a break, you don't make enough money to cover the matches without the expected swings.

The second problem was too much speculation. I hoped for some surprises, but they didn't come. It's a typical form of overtrading. Instead of waiting for a better scenario, I layed some big favourites. Especially in the case of Djokovic is better to wait. Even a price of 1.10 can implode after a break. Fortunately Nishikori fought back, but instead of making a huge profit (waiting for a better price), I just make some bucks. Earlier in the week I lost even more with Nole. I was confident that Cilic can give him a fight, but it was a onesided match like many more. Unfortunately the stop losses didn't work, so i lost the whole stake...

Excluded the Davis cup and some challenger tournaments the season is over. At the start of the year I hoped for the real breakthrough in 2014. To be honest, I am still waiting for it. I am happy with the development since September. With the start of the project "Ultimo" things began to go in the right direction. It's still a long way to go, but after the (scamming) lowlight in the summer, I see light at the horizon. The 2015 will be the decisive year!