I talked with Sultan about the ATP and WTA trading. He told me that he never would make so much profit without ATP. In general he also favours WTA, but would be a waste not having an eye on ATP as well. In general I think is hard work to be a good tennis trader (like in every other field you can earn money... even Federer, Nadal and Djokovic have to train hard).

It's about knowing the players and how the markets react. Since half a year I am watching a lot of tennis matches, but is still not the intensity I should do. Gulbis vs. Dimitrov was a very interesting matchup. For me was quiet obvious that the odd was pushed too low after the first set. These guys are almost on the same level and have a great form. They played last months twice and both could win one time. In general were tight fights and how I know Gulbis he is not the quickest starter. So I decided to lay Dimitrov after the first set. In third set I greened for a decent profit, the game was too open to favour one player at odds around 50/50. In the end Gulbis won, but the value was gone in 3th set. So I think the greening was right even I could make more profit with staying on the Latvian player until the end. 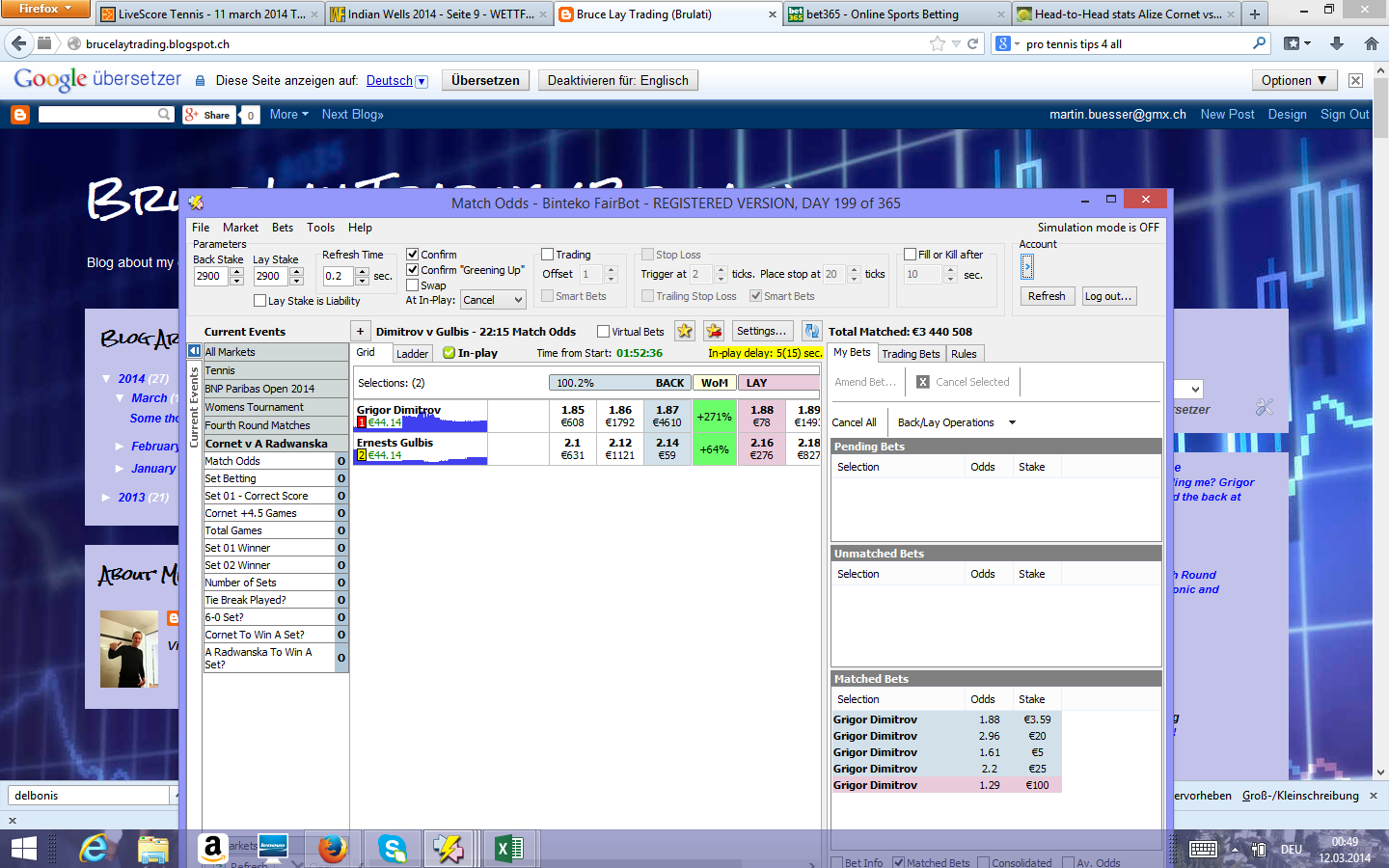 Despite not a plesant start in the tennis year (a bit like Shark) things are improving now. Once again, it's (almost) all about player knowledge. I think is similar to poker. You have no guarantee to win (because you need good cards), but in the long term the good players will succeed.

At soccer I had to recognize that some strategies are not working anymore. I am looking for other ways to have an edge. One approach seems very good, but unfortunately it's just generating a free bet with not much chance to win (but if it wins, it's jackpot :-)). On the other hand I am testing a system which should generate profits in a frequent way without depending on the outcome.

NBA I watch from the outside. Like I wrote at the last post, I think the liquidity is far worse than a month ago. That's annoying, because the value is hidden in the spread between back and lay odd. Perhaps is a conflict with the tennis tournament at Indian Wells. Could be that the few NBA traders are also active at tennis circuit...