Today I worked for 42 cents an hour. All day long (ten hours) I was trading and in the end I managed a profit of 4.27 Euros. On the first view this is looking very poor, but after a sloppy start in the year 2014, I am quiet happy to see a slight uptrend. 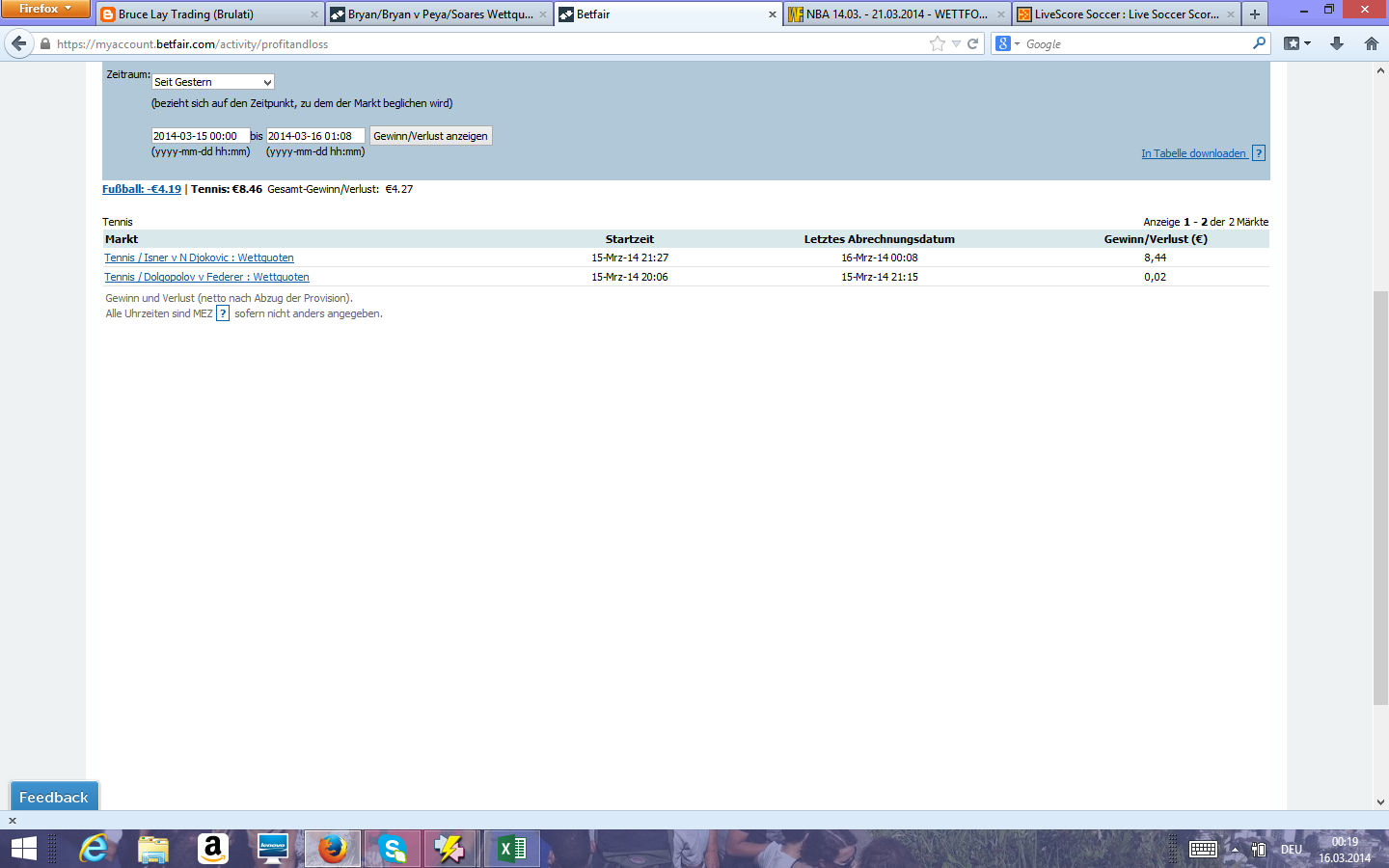 At soccer I still struggle. The missing swings (at least in comparison to tennis) and the efficiency of the football market don't give a lot of room for value trading. Starting the year, I had almost ten different soccer strategies. At mid of march are only two left in the repertoire. Both of them need a special constellation of the match which is rare. So soccer definitely can only be the addition to tennis.

At tennis I could manage a very small profit. Despite losses of Dolgopolov and Isner (which I favoured... at least for a good swing at start) I reached more than a breakeven result. At Roger's game I hoped for a slow start of the Swiss. This didn't happen, so I scratched the bet just in the right moment. Dolgopolov was far away from the form of the last days, so was a good decicion. Djokovic I layed when he went a break ahead in the first set. The odd was with 1.09 definitely too low. After he won the set, it was 1.08... so I basically managed to get a free bet against a Djokovic hold in the first set. At second set Isner managed two reakbreaks (four breaks in a row between such strong servers... quiet strange) and won the set in the tiebreak. After it I still saw the value on the side of the American (Djokovic was quiet upset after he lost the second set and in general he didn't play his best tennis), but in the end the world number 2 brought the game home.

I am quiet positive about tennis now. Thanks to the big leverage of the strategies you can make good profits even with an average win/lose-ratio. Despite this fact, it stays essential to look for value. Not every small odd is a good lay...

Tomorrow I will take a break of trading (at least in the afternoon). I will visit the motor show in Geneva: http://www.salon-auto.ch/en/

I can make a reservation for a great car (if trading will go in the right direction next weeks and months I can buy it). :-)