Some months ago Petra Kvitova and Eugenie Bouchard played the Wimbledon final. I traded this match and was quiet sure that the Canadian can give at least a great fight. In the end she lost 3:6, 0:6! For me this scenario was a Titanic. I made everything wrong I could do. Wrong entry point, no money management (I lost 80% of my bank) and no stop loss. Of course the match was not a trader's dream, but a professional would not lose more than 1-2% of his account.

Today Kvitova and Bouchard met again in a WTA final. They played at Wuhan, China. Again I saw a decent value at the Canadian. Unfortunately a déja vu happened. She was outplayed and lost 3:6, 4:6. The result is looking closer than the match was. Kvitova started both sets with an early break and was always in control.

Nevertheless I was capable to manage a small profit. Two months ago I lost around one grand, and today with the more or less same scenario I won around 20 Euro. Things are changing to the good! 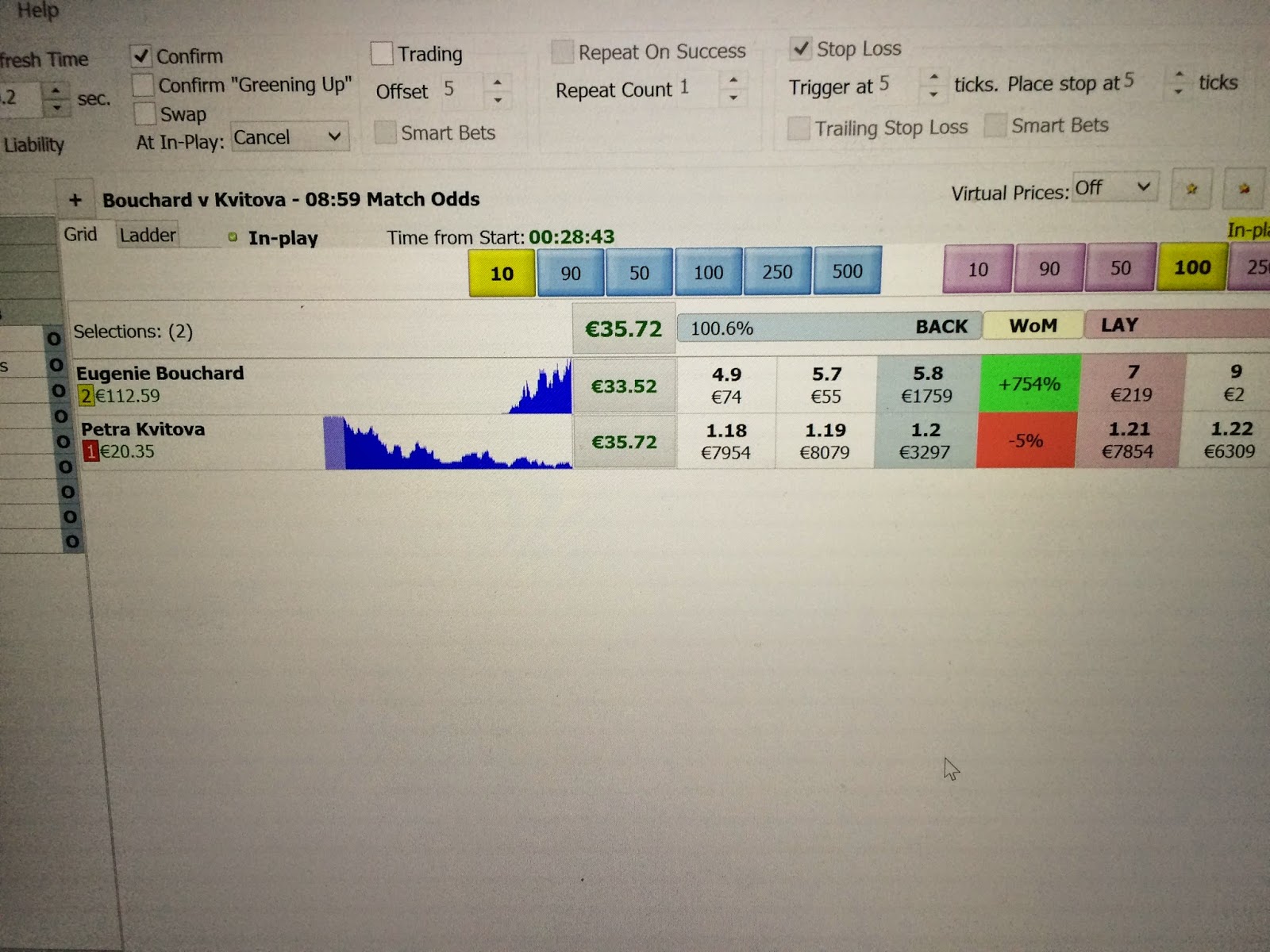 I am not over the mountain yet, but trading really starts to improve. If you are capable to make profit in a quiet bad scenario, you are on the right track.

I am really motivated for the last quarter of  the tennis season 2014. Thanks to the project "Ultimo" future is looking bright. Obviously the 58'000 Euro loss still hurts, but it's the past and I try to ignore everything about this story. I can't change it anymore. I live in the present and in the future. I can say once again: Ever tried. Ever failed. No matter. Try again. Fail better.
Posted by Brulati at 13:43