After a disappointing start in the week, Thursday and Friday night were quiet well. The concentration on NBA brings the first fruits. The new strategy works decent, the hit rate of all 26 matches which were played between 15th and 17th January were over 80% (only five losers).  If you take away two games which didn't fullfil the selection criteria at all you only would have three losers on 26 matches. Neither the mentioned three games were the hottest picks for this strategy. So if you make a tight selection process you didn't have any losers so far (you can also see it at printscreen).

So far, so good. On the other hand the inplay trading is still not on the level it should be. Today I could make 100 Euros with the Los Angeles Lakers at Boston. Unfortunately I wasn't patient enough for the final swing. In the end I made only 7 Euros instead of 100 which could be possible. In general I trade still too cautious and passive. Probably the biggest reason is the lack of confidence after a bad run in the beginning of 2014 and at the end of 2013. An other explanation is the new strategy which is not tested enough for planning with sustainable profits. Despite I didn't want to contain some thoughts about possible numbers.

With a medium liability (around 100 Euro a bet) you can make around 20 Euros per trade (included the lost bets). If I am right, over 2'000 NBA are played every season. If you take every second game, would the profit be around 20'000 Euros. With a higher liability and better trading during the game 100'000 Euros seems a reachable number with basketball trading.

Beside there is some potential at tennis (there are traders which make more than the above mentionend numbers with tennis) and soccer. So the salary of my last job as employee seems not so far away anymore. Together with my part time job and some investment opportunities (after selling my appartment) I am quiet confident for the (financial) future. 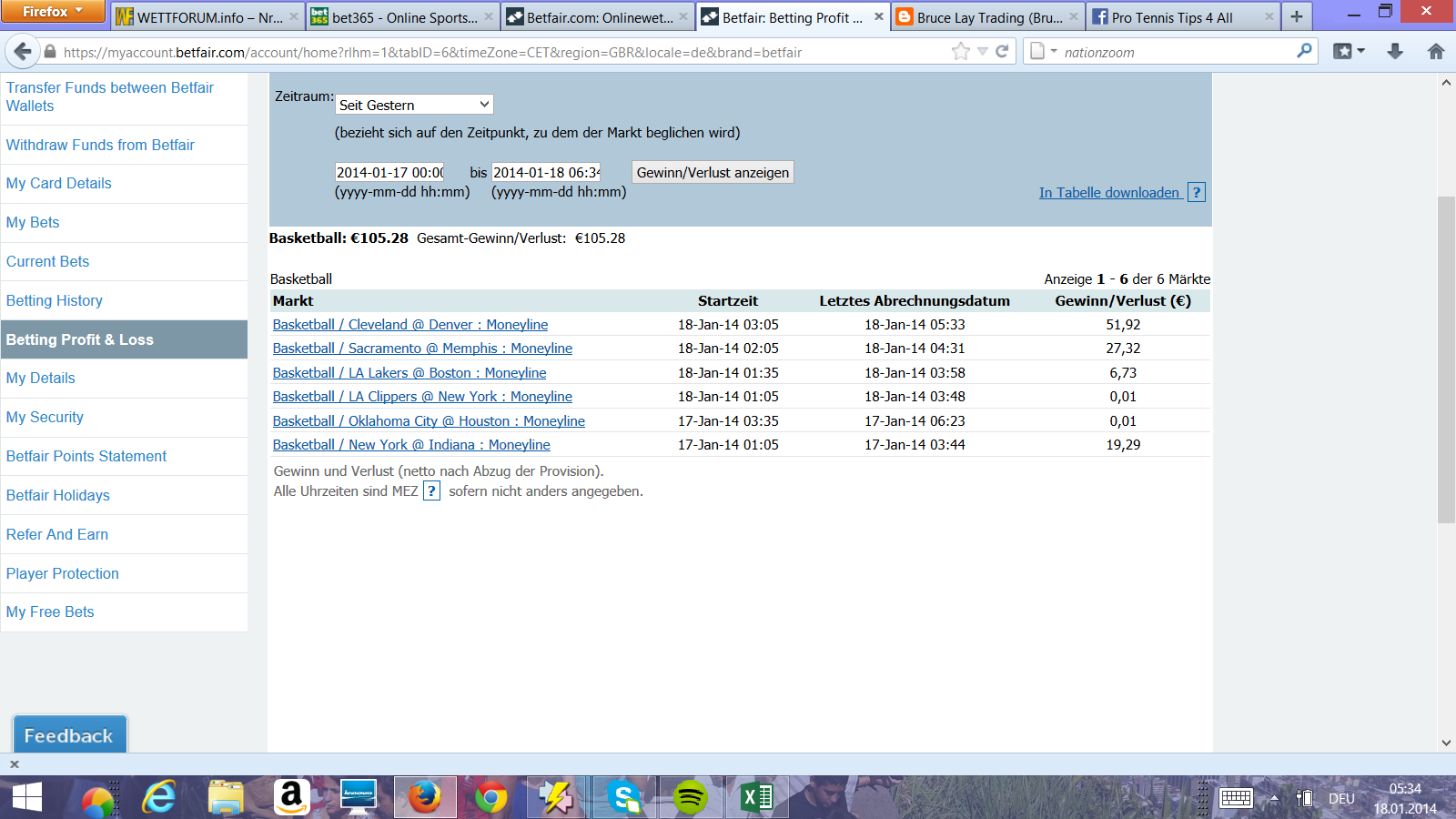