At basketball was quiet difficult tonight. The favourites were too strong, and my pick of the day (Dallas) showed a terrible performance. In the past they were in love with the Trailblazers. The Mavs were 16:3 wins at home and won the last five. Well, the past is not a good guide.

This fact you also could see at tennis. Ana Ivanovic (before didn't win a set against Williams) made the upset and threw out Serena Williams out the tournament! I didn't have the balls to hold the trade until the end, but I made some bucks thanks to Ana.

The other lost NBA trade (Utah) was quiet stupid. The Jazz won some games lately, but they are still the grab bag of the league. Away they are normally very poor, so they were tonight. It's important to focus on quality and not quantity. It's a gamble to trust in a team like the Utah Jazz... 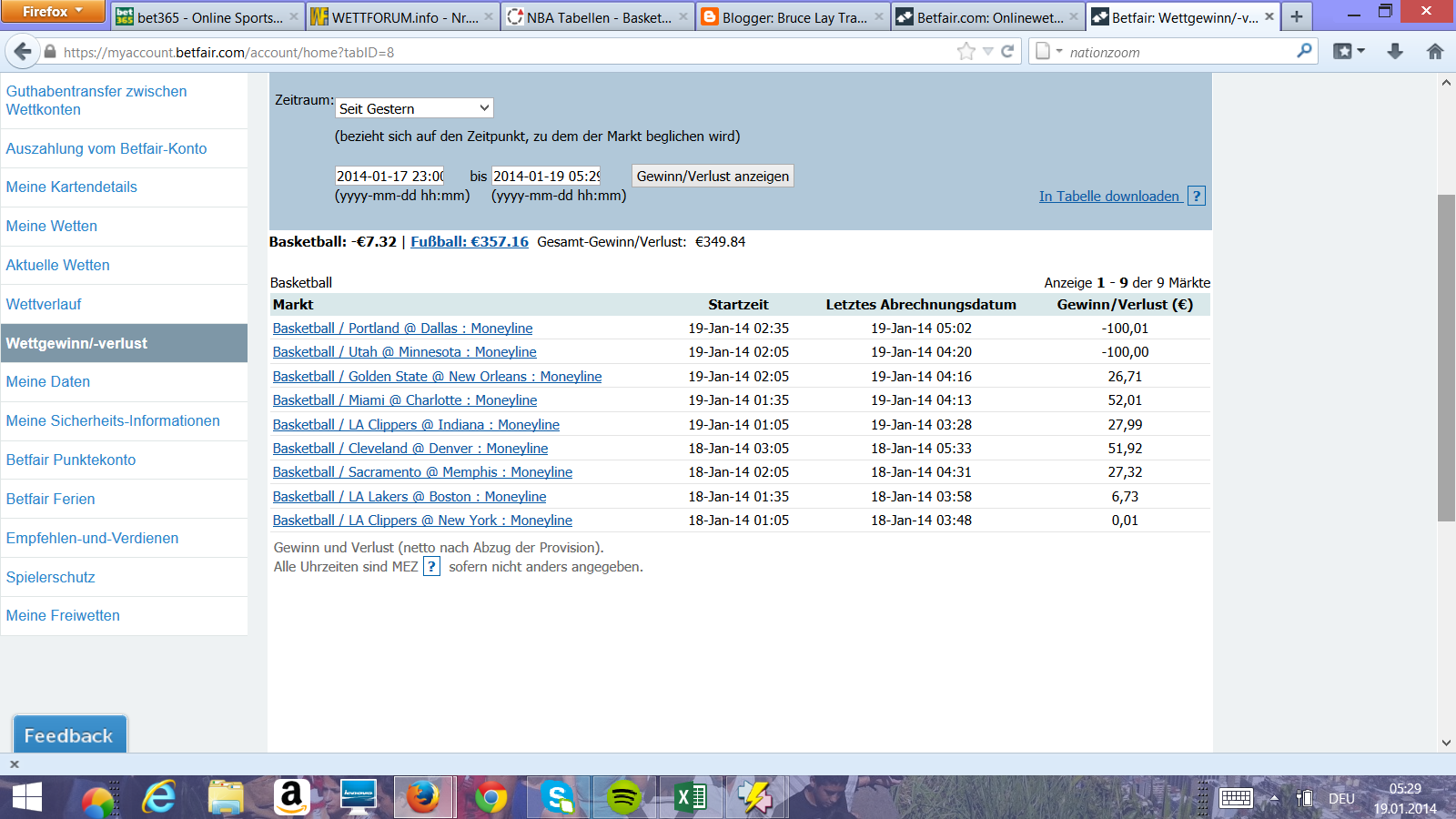 Milwaukee and Los Angeles are probably not the teams which are very trustful. If there will be a big surprise it could happen at Oklahoma. Without Westbrook OKC it's all about Kevin Durant. Since the team moved to Oklahoma they never lost at home against Sacramento. Yes, it's history... so it doesn't count for the future. Despite I favour the matches at Phoenix and Orlando.