Never blame the player when you lose a trade, you have it in your own hands to make profit or not. Despite this "rule" I have to tell that the performance of Jankovic was a disaster today and the Bogota final was really bad quality (no comparison to that at Katowice!). Probably it was the altitude, a lot of balls were too long...

Another time I screwed a green position after a decent entry. First mistake was acceptable, I reduced the stake after a slow start of Garcia. I should not do this because was the first game and beside even a break it's not the end of the world at WTA level. I just lost five ticks, I can afford ten... so I overreacted.

Second mistake was really bad after I am always talking about value. I put all the green on Jankovic. After her poor performance in the first set and in general at Bogota this was completely against the value rule. I could make it "all green", this would be the safe method. Let run the trade until the end would be the only right decicion concerning the value trading. I just guessed that Jankovic will come back and looked the stats (h2h both matchups went over three sets).

In general I had a good day thanks to soccer. I decided to make some small (fun) trades where I can see value. Laying Liverpool 2:0 ahead against Manchester City was such a bet. How I know Liverpool, it's great to trade them when the team is ahead or down. So that's the profit and loss screenshot for today: 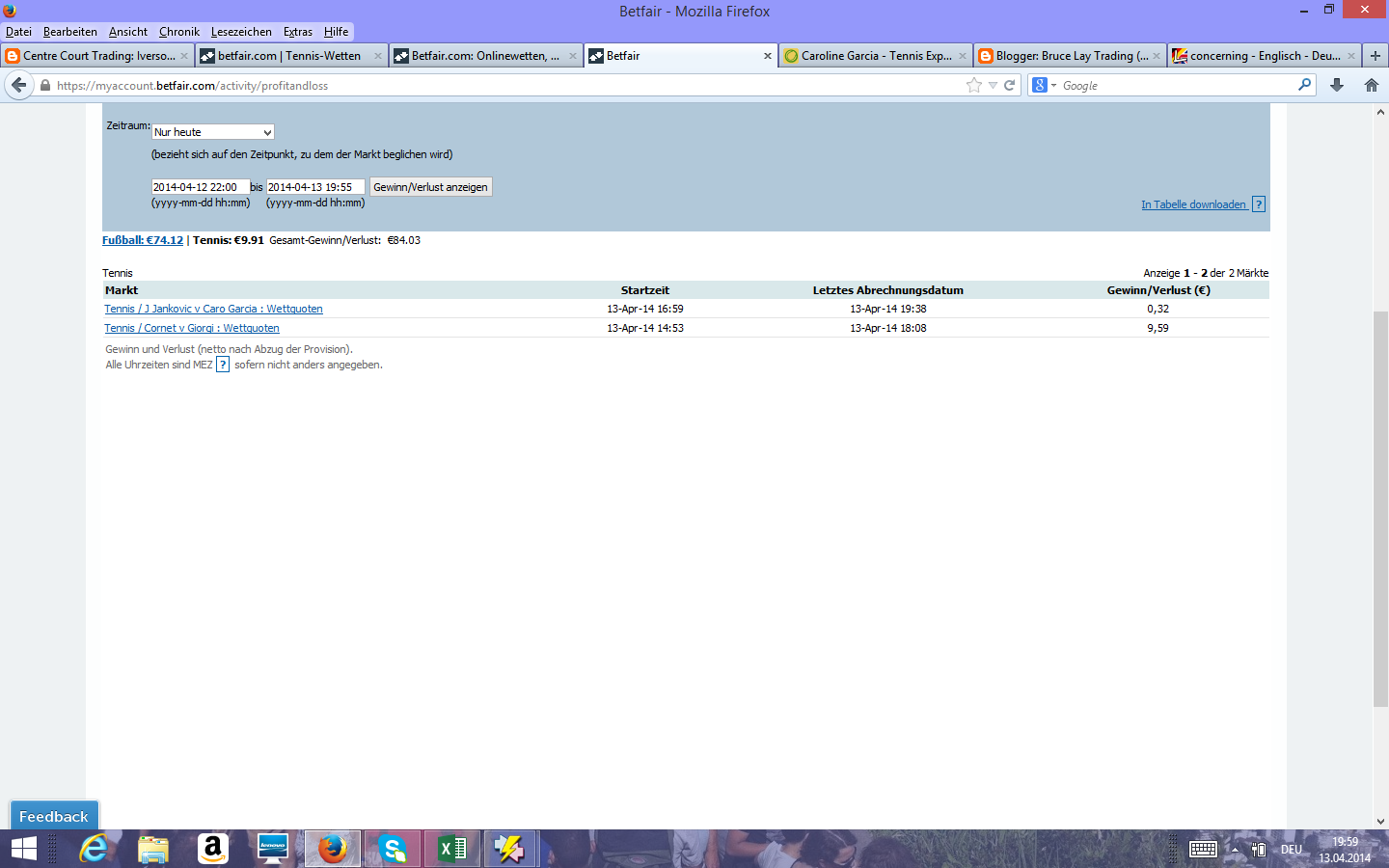 Overall I am happy with the last weeks. The discipline rised. Spotting value it's getting easier for me. Also the issue with impatiency improved. I know now that always will come new opportunities, so you don't have to place a bet on every occasion.

The biggest issue it's still letting run the greens. Only when you produce sometimes large greens you will cover the red trades. Today at the Jankovic trade I should reach at least a ROI of 100% (not even that would be good!!). Unfortunately I made two costly mistakes... The good thing, I can learn from errors like these ones for the future. When I rise one day my stakes (it's planned after Wimbledon tournament), it's essential to trade better with green positions.